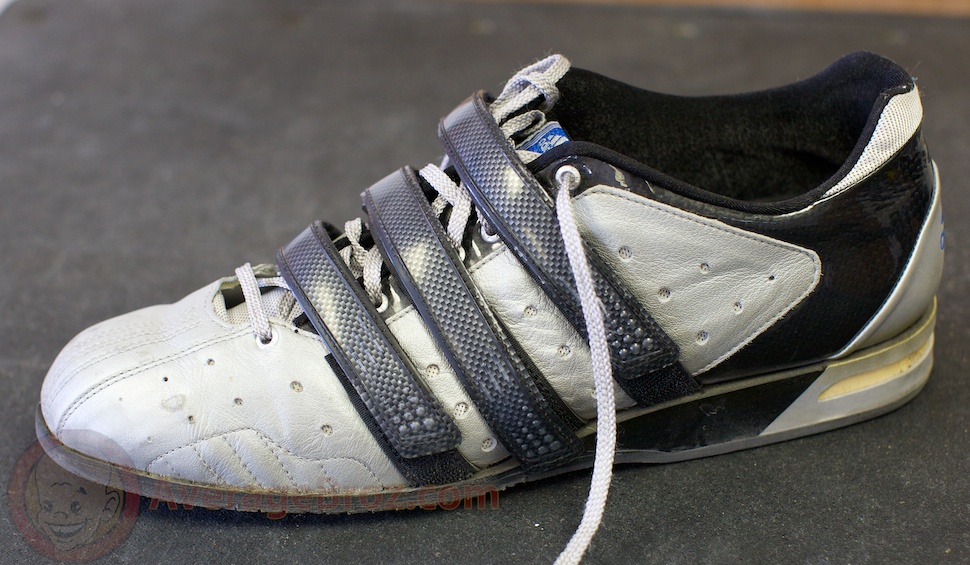 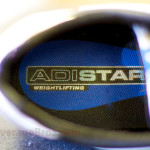 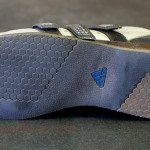 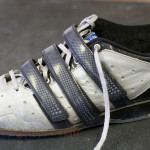 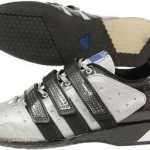 Every 4 years Adidas makes significant changes to their flagship Weightlifting shoe, just in time for the Summer Olympics.

The 2004 Adistars were a major leap forward from the 2000 Adidas Equipment.  The new model was significantly lighter, softer, more flexible and stable.   The major part was constructed of Kangaroo leather, which was very soft and fit like a glove with carbon fiber accents.  Adidas carried over the three strap design from the 2000 model but made them thinner and spaced them further apart.  The wood heel, remained but this time wrapped in a carbon-fiber heel counter.  The ventilation was vastly improved using new materials so they were comfortable to wear all day long.  Compared to the Equipment, they were lifting slippers.   The insoles were removable with an integrated arch; the sole was 100% improved; it was thinner, had better grip, and was much more flexible.

Aesthetically, they were awesome!   Carbon fiber accents on the heel and straps with the silver and black color combination and matching laces gave them a sleek athletic look.  Along with a multi-colored sole with blue logo and clean stitching, the new Adistar displayed an attention-to-detail not found on other lifting shoes.

Inside they used a hybrid synthetic rubber, a one directional material.  Sliding your foot in was easy, but the friction prevented you from stepping out of the shoe while moving around–another small detail on a top-of-the-line shoe.  The application of new materials resulted in a size 9 weighing only 468g, which is nearly identical to the 2012 Romaleos 2.  During training, the totally redesigned sole provided a major step forward in flexibility.  Even with the super soft upper, the shoe felt extremely stable yet was much more flexible than its predecessor.  They run true to size, and just like always, women should order 1.5 sizes down.  Heel wedge pitch remains the same as usual, ~8%

This replacement for the 2000 Equipment provided a improved overall feeling, better looks, and significant fore-foot flexibility.  If you find a pair available, don’t hesitate and buy them!  You won’t be sorry.